Legend of the beloved of the sun

Many thanks friends of the voice for supporting my work, surfing the web I cross with this beautiful legend speaks of two indigenous friends, later one of them will have a daughter and his best friend will fall in love with his daughter, a beautiful story that begins so.

Before the arrival of the Spanish settlers to the land without evil of the guaraníes, to the side of the river Paraná existed two villages of guaraníes Indians divided by a thickness.

The dividing jungle was lushly lined with flowering trees that gave color and joy to the thicket, lily plants, beautiful lilies, ponds and estuaries were adorned with floral plants, the camalote and the flower of the irupé, the songs of the cangu chicharra, the musical Of the picuí and the harmonious melody of the nightingale, the cuatí, the titi monkeys and the jaguareté, this beauty captive to the child Abatay, kept him entertained much of the day, that's how he met Mangui, an Indian boy from another Guaraní village, United by the same passion, formed a great friendship.

Abatay and Mangui created a great friendship, not only was divided by the forest, also divided different caciques, beliefs and different culture. This friendship lasted over time, although the adolescence separated them product of the destiny.

Both children grew up and became adults taking control of the villages, these two communities only shared the meals and service provided by the jungle.

Now the Cacique Abatay formed a family and had a beautiful daughter named Mboy, who captivated the eyes of the young Indians of both villages, Mangui went mad with love for the daughter of his friend Abatay.

The cacique Mangui estimated that if he married the daughter of his friend, the relationship between the villages was going to improve and even thought to unite the dynasties, one day Mangui invited his friend to a ceremony, offered in honor of him, when the party Was at his best and the talk was kind Mangui, expressing his feelings for the daughter Abatay, commented on how in love he was, willing to give a large amount of wealth as a dowry for his daughter, ensured the welfare of his daughter, ensuring protection With his own life, all the words that a being in love can say.

Abatay listened attentively to his friend's statement, I wait for the right moment and I answer, I feel overwhelmed and happy by this news there would not be a better man for my daughter, but unfortunately my daughter Mboy gave his life to the Cuarajhi, the Sun God, as a child Was his great admirer, very early expects to see the sun rise, is his great companion spend several hours watching it, on cloudy days it becomes very sad.

The cacique Mangui listened with great attention to what his friend Abatay related, was not willing to leave his great love without quarreling, respectfully request his friend authorization to pay a visit and declare his love to the beautiful Mboy.

The father organized this meeting with pleasure, he performed a great ceremony, if everything was right he would give his daughter's hand in marriage, when the time came. Mangui declares his love to the young Mboy, chose the words very well, swore eternal love, protection and Prosperity, gave the order and several Indians entered the room, placed at the feet of Mboy a treasure, gold, silver, rubies, diamonds, beautiful Mood was honored and very spoiled by this brave warrior, thanked his beautiful words, Expressed his admiration for Mangui, could not accept his offer of marriage and much less his enormous fortune, I am already promised to the Cuarajhi, the Sun God, nothing in the world would change my love for him.

Cacique Mangui as a gentleman accepted Mboy's words, sad but satisfied to have declared and stripped of his love, thanked the hospitality of his eternal friend, and the beautiful Mboy wish him the best for his life.

The next day the envious clouds of this deep love covered the rays of the sun, preventing any contact with the beautiful princess, Mboy spent the whole day very sad, but desirous the next day, nothing mattered only lived for the sun God.

At dawn on the second day she left to her favorite place waiting for her love, sitting on a large stone to appreciate the departure of her beloved, the nines and the rain were conspired against the beautiful young woman again prevented this encounter, Mboy began to Crying disconsolately begging the Tupa interceded and allowed to see his beloved.

The tupa could see in the beautiful young girl tears of true love, for that love that she felt, for her simplicity and her disinterested way before the riches of caique, the prize to live forever on earth as a beautiful flower. The Beloved Flower of the Sun, that flower that revolves around the sun, hence its name Girasol 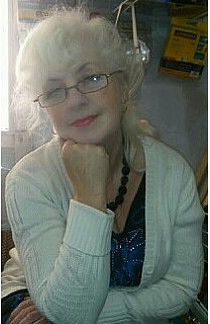