Legend the end of love bought

Hello dear friend of the voice, thank you very much for supporting my work, surfing the web I cross with this beautiful legend is about the golden era, a wealthy man makes the mistake of believing that money buy everything, a beautiful story that starts well

This is an adaptation to the legend of the lady in white. A long time ago in the year 1500, gold was the height of the moment, this favored Peru being the largest producer of gold in the world, ships came from all over the universe, loaded the gold in wooden trunks and returned to Their country of origin well guarded.

An old man named Fernando heir to the Spanish dynasty, he arrived from Peru with his ship filled with gold, tired of contemplating so many treasures during his life decided that this would be his last trip, together with so many treasures that he became the richest man in the place, Able to buy anything, including love.

With his fortune he acquired a great palace, which he adorned in a very beautiful manner, worthy of the king himself; he had everything a royal man could need, he only needed to buy love, he recalled an old friend, the king's doctor, Man years ago received the tutelage of a girl, taking accounts now should be about twenty years, decided to visit him to know the state of the girl.

When I visit his old friend, he met the one who was a girl, now already a beautiful woman, besides beautiful was very good and considered with the man who had raised her.

Fernando commented with his friend what his intentions were with the beautiful lady, wanted to marry her and offer the life of a wonderful queen, the man saw the good opportunity for his beloved maid, it was the dream of every girl become princess or queen of a palace , I do not doubt for a moment and decided to accept the marriage proposal of the wealthy man.

The doctor talked to his maid and reported his decision to marry Fernando, she did not agree with this decision, but as she was a very obedient woman I accept without saying anything.

The celebration of the marriage was organized in the church of the palace, the doctor accompanied the brand new bride to the royal palace, Don Fernando II welcomed her very happy, said he saw her grow and dreamed of that day, to show his love made a gift Very special, gave him as gift 13 gold coins, finalized this encounter both went to their rooms to dress for the great ceremony.

The royal palace was a true beauty, its walls were built with magic stones of Egypt, its door was red cedar, its furnishings covered in gold of Peru, the garden possessed the most exotic flowers of the world, the palace had seven chimneys covered in silver.

The ceremony was the most beautiful of all time, she wore a beautiful white dress built with the best cloth of the Middle East, embroidered with gold threads and a large veil that hid the fine drops of tears that fell on her cheeks, the old man Dressed elegantly for the occasion, as it could not be otherwise accompanied by a great celebration.

The banquet offered was exotic and plentiful, the guests ate and drank until they were satisfied, on the verge of drunkenness, the night was ending, the servants began to turn out the lights, the bride had long ago retired to their rooms.

At midnight the old man could not believe that he had bought love and happiness with money, regardless of the tears and bitterness of the obedient woman.

When she retired to her room, I noticed that the young woman was not in her room, shouted to her servants and gave the order to find the beautiful lady, they all left in desperation in search of the young woman, they traveled the rest of The rooms, the dining rooms, the kitchens, the church and the party halls without success to find it.

Cabizbajo returned to the old man's room, reported the refusal of the meeting.

But how! Have you searched the whole palace well? Said the old man

If not sir not a single corner left without looking! The servants answered. The old man thought for a moment and said the basement, did not he?

Not my lord I miss the basement! The servants replied, "Wait! Said the old man, who was walking ahead in leaps and bounds.

When the basement door opened, there was a strong musty odor, the stairs, illuminated by the light of the lanterns, began to descend, and there it was lying on the floor, the lace veil still covering the face of the beautiful woman, The dress covered with blood, in her hands she held the handkerchief with the thirteen gold coins, on the floor was the murder weapon, a dagger with a horn of unicorn horn stained with blood, when it made contact with the heart of the young woman, horrified They stayed to see the massacre.

This was given to the authorities, but even today no one knows who, or why, continues the unknown.

It is only known that on stormy nights a lady is seen wandering the hallways of the palace, dressed in white with a large veil that does not allow her face to be seen, accompanied by the sound of coins clashing between them. 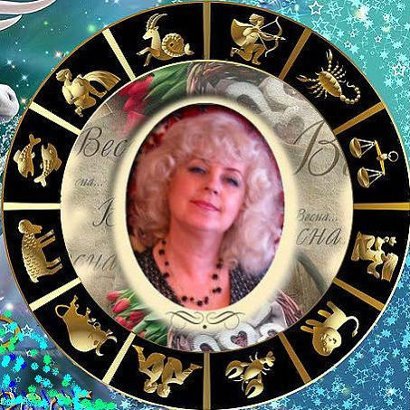