The arid lands of Jujuy

Thank you very much dear friends of the voice, thank you for supporting my work, surfing the web I cross with this beautiful legend of my Argentine people, speaks of an indigenous people, very laborious and the envy of the indigenous neighbors led to destroy a land So fertile, a beautiful story that begins like this.

In the symbolic land of the homeland, world heritage of humanity, my beloved city of Humahuaca of the province of Jujuy, Vivian very happy the Indians of Humahuaqueños, a beautiful and pleasant place to inhabit, enchanted place with beautiful mountains in contrast to the green plain.

In the pre-Hispanic era these lands possessed a beautiful thicket, their fertile land ideal for agriculture, the indigenous people of Humahuaqueños, planted various foods, especially corn, this product was the basis of their meals.

This indigenous community always stood out for its pacifism and cordiality, ready to receive Indians from other communities, skillful farmers, knew how to make better use of the land, for this exemplified conduct of the Indians, the pachamama favored the planting of corn, Harvests improved year after year, the Humahuaqueños lived happily of the agriculture, every year they made an offering to the mother earth in gratitude to the harvest, festivals that lasted several days in honor to the pachamama.

These benefits did not exist in other neighboring villages, the neighboring Indians were envious of the fate of agriculture and the prosperous lands of the Humahuaqueños, it is clear that it was not luck, the Humahuaqueños were very hard workers and by their goodness received extra prizes .

The envious Indians devised a plot to overthrow the cacique of the fertile lands, knowing the Humahuaqueños for their bravery in the struggles, the neighboring villages joined in forming only one, prepared the weapons of war, axes, daggers and bow with sharp points Arrow.

The skilled Indians knew the warrior cacique of the Humahuaqueños, knew that if they could reduce their person, conquer the village would be easier, for this situation, they prepared to Zumac Huayra a beautiful Indian possessing some natural charms, its mission would be to conquer the brave warrior .

With the weapons prepared and the strategy devised, the plunderers started the plot, Zumac Huayra appeared in the valley, appearing to be in the middle of the corn plantation, and was helped by the goodwomen of the village, upon seeing her They were invited to their huts, they gave her water and food, the whole town was distressed by the unexpected visit, a welcome festival was organized for the night.

In the course of the day the beautiful Indian met the chief, this skillful love at his whim to the brave cacique, when night came the party began, Zumac seized the presence of the cacique, located in the darkness of the night, Listening to the beautiful music ethnicity, in an act of hug took the neck of the chief and pressed until ending with his life.

The darkness of the night was an accomplice of the murder, did not allow to see what happened to the members of the village. The party is ending, because of the obscurity nobody could see the dead body of the cacique retiring to sleep, because of the heavy work day plus the bustle of the party, they entered a deep rest, this was the signal that the looters were waiting for to attack the Defenseless people, attacked with cruelty no one remained alive, the indigenous murderer had no mercy on the elderly or children, destroyed the village of the peaceful Humahuaqueños.

The victory had a great celebration, in the middle of the party plans were already made for planting and organizing crops, little happiness hard, the pachamama mounted in anger in collusion with the sun dried up the land, plantings and thicket, radically changed the floor.

At dawn the whole ground was dry, covered with dry sand, the beautiful peaks were stained red by the bloodshed of the calm Humahuaqueños.

The Indian god gave his pacifism and cordiality, allowing him to live forever in the land, in the sandy soils under the stones where the Humahuaqueños fell dead, hundreds of Cardon plants grew with sharp thorns to defend an attack, the long arms pointing To the sky, among thorns and thorns grew beautiful yellow, white and red flowers, the native spirit of the omaguacos reigned in the plants of Cardon, only the cardon plants could resist living in the arid desert.

When you go through a lock and see the plants of cardon, remember my brothers from Humahuaqueños, who lost their lives to be peaceful and helpful, living on earth forever, gift of the Indian God for his goodness. 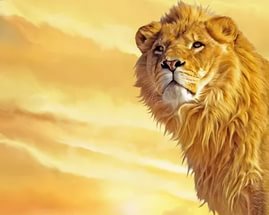