The young man who forms the Clouds.

Dear friends, surfing the web I cross with this beautiful legend, speaks of a young adventurer by chance discovers that he can sculpt the clouds and live an intense and happy life.

In a remote place, in the highest mountains of the world a community of about 5000 people was established, not counting the visitors mountain climbers who visited the place to see what Mother Nature offered.

These mountains gave daily to its inhabitants and visitors, the most beautiful of the sunrises and a spectacular twilight, the moonrise was magical, a great moon illuminated the tops of the mountains, the rays of the sun and flashes of the moon were Incomparable to another place on earth, these colored fans could only be found in this enchanted place.

In this community lived a great boy named Otto a young man of great heart, studious, hardworking and very obedient, he studied in the morning and in the afternoon he dedicated himself to the work of the farm in aid of his father.

Their tasks consisted of preparing the land, planting, harvesting, cleaning the farm, feeding the animals and finally helping her mother to milk the goats.

When the young man's father saw him responsible, he decided to give it a day off, Otto was very happy to go out, as he rarely had the day off to visit places he had never been before, I look towards the top of the mountain and there He addressed himself.

Way, road and road until he inadvertently was at the top of the mountain, looked around and could see that he was inside a clump of clouds, first was a little afraid, did not dare to touch those giant cups of Cotton, then took courage and began to play with the clouds, spinning, retouched, pulled a little here and put another little there, until a fresh breeze came and took the clouds from the clouds, as they He could see his masterpiece, he had created a cloud in the form of a beautiful horse.

As he gazed at the horse another group of clouds approached, this time more confident work looser with the clouds, I believe a snowman, a plow machine and a big heart. Otto was so enthusiastic that he did not realize that the hours had passed, to gain time he began to run down the mountain, he ran and he ran, he never came, he did not realize how retired he was and he came very late to his house.

The next morning when he went to class, everyone was talking about the beautiful images that were seen in the sky, back home he met some friends and they made the same comments, did you see the figures in the sky? Asked his friend, Otto making the disagreement answered that he had not seen the clouds, the friend answered, how you missed it! Such a thing does not happen every day! My dad says that now to see them again we must wait a lifetime, Otto listened to his friend and thought, as it was possible that the figures he had created could be seen in the village.

The days went by, Otto's tasks had not diminished, he continued with the usual rhythm, study in the morning and farm in the afternoon, half a year had passed since his father gave the day off, when he saw him with the Tired face the father decided to give him another day off.

Otto jumped with joy, he had everything planned and planned, better organized than the previous time ran to the top of the mountain, very confident in his talent knowing that all people liked, model the clouds better than the previous time, first I think A bird, then a ship, a lighthouse, and finally he sculpted a bear by taking a nap.

When I finished sculpting the bear, it had already become too late and, like the previous time, I had run down the hills, but I was still too late for home. The next day got up very early, to see the reaction of the people, everyone talked about the shapes of the clouds, again your friend asked you saw the figures of heaven? Otto, pretending that he had not seen the clouds, the friend replied, how did you lose it again! You can not be stupid, you do not know the figures of the clouds in the sky, several passed but the last was the best, Otto did not tell anyone anything, but he was very happy with what he had achieved.

It was about three months before Otto's father gave him another day, this time very well prepared, he climbed to the summit as fast as he could, forming two hearts with the clouds, he joined them together and ran down.

He was able to reach the town before the clouds, prepared in a very crowded place to observe the sky, at that precise moment began to see the clouds, how beautiful was the town, very happy looked at the faces of the inhabitants watching is beautiful figure , The happy faces of his neighbors, Otto was very proud of his work.

Among the multitude Otto saw the woman who took away the dream, the most beautiful lady of the place, her name was Clara, the sweet girl looked at the clouds and said to her companion ... what a beauty !, if a human could do this ! Sure would be the prince I've been waiting for ....... At the end of the afternoon a party was organized in the village celebrating the beautiful clouds, there young Otto saw Clara again, he could not have better luck, three gifts in the day, this day was going to be very remembered by him.

It took several months for Otto to have another day off. The charming young man of clouds dreamed of being the Prince of Clara, he had everything planned for a better job with the clouds.

He ran very happy, began to climb the mountain, when he reached the top noticed that the clouds were higher than usual, stacked several stones to be able to get there but it was impossible, the clouds were very high, how bad luck said Otto! Today I needed them most! How can I improve my images if I can not even reach them? Disillusioned, he sat on the stones to think.

The clouds were very intelligent, they understood from the first day Otto, they interpreted his heart, all the figures that had in their hearts the clouds formed them, sitting in the stone very demoralized he thought of Clara, in that great love that he felt, he thought of Composing a song, but writing was not his forte, he had no artistic qualities.

He lay down on the stones looking at the clouds, began to tell the clouds what he felt for Clara, who today wanted to create the best image, but they were taller than ever and if not for the images, he would never be the Prince of Clear.

The time passed and it was time to go down, the clouds never went down, disappeared from sight, very sad began to descend, poor Otto head down from the mountain, it took too long to get off it became very late when I got home.

The next big day was his surprise when his friend approached him and said ... .. Che dale! Tell me how you did it? Tell me! Said his friend insistently, poor puzzled Otto said I did that thing? The figures in the clouds answered the friend, no .... You're wrong ... I did not do anything, "said Otto.

How did it happen to you to talk with the clouds, to count all those things and since when you write poems! Said the friend Dale che tellme, how did you make the images and how do you get the clouds to convey what you say?

"I do not know what you're talking about," said Otto, keeping his secret.

Dale, do not do it! We already know everything ...... I almost forgot! Clara is looking for you desperate, said something of the Prince or something! So as not to look for you with the beautiful words that you sent to say with the clouds, who would not look for you?

This is a beautiful story, leave a good teaching, all the things you do or say that leave the heart, will always have a happy ending. 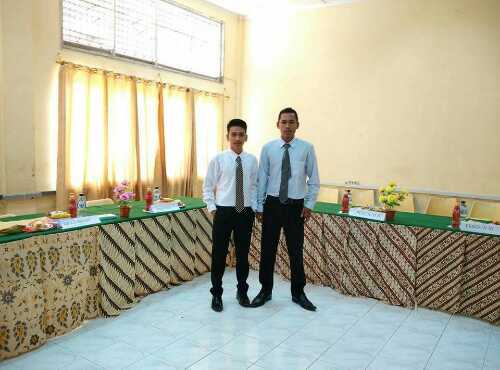